Home > We, the Women

WE, THE WOMEN Festival, a ground-breaking first female-led music festival in the Middle East, took center stage at Expo 2020 Dubai on 6-7 March 2022, featuring performances by 10 global and regional female artists and storytellers, who came together at this global event to build unity and social awareness around gender equality and women’s empowerment.

Through music, dance, and visual storytelling, WE, THE WOMEN Festival offered a platform to passionate and inspirational artists who shed light on the importance of challenging harmful stereotypes that hold women back. These artists and performers from diverse ethnic backgrounds and across a wide range of genres and mediums, delivered musical performances that unpacked visible and invisible barriers to gender equality and women’s empowerment, and generated thought-provoking conversations.

WE, THE WOMEN Festival was hosted by Dignified Storytelling and the Women’s Pavilion by Expo 2020 Dubai in celebration of International Women’s Day (IWD) 2022. The event was open to the public and free to attend with standard Expo2020 entry guidelines. 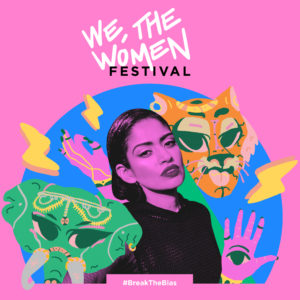 This Chicago-born Punjabi bass queen is a wanderer at heart, describing her most comfortable state as a nomadic one.
A couple of years ago, the rapper teamed up with Danish duo Copia Doble Systema to create a new sound that employed a host of global influences, and Alo Wala was born. Translating as ‘the light vendor’ in a melange of Hindi and Bengali, Alo Wala quickly rose to the forefront of the international dance music movement with their mashups of classical Indian sounds, South American rhythms, hip-hop, trap and often political vocals.

Their intensely popular collaboration with MC Zulu and Nucleya called Little Lotto was followed by their equally successful debut EP Cityboy. Today, Shivani Ahlowalia is a woman on a mission — working on Alo Wala 2.0 while touring the world and visiting home. 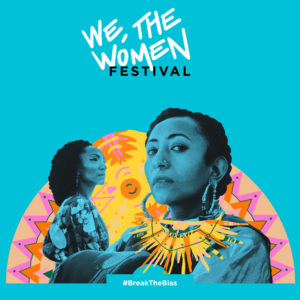 Alsarah is a singer, songwriter, bandleader and a somewhat reluctant ethnomusicologist. Born in Khartoum, Sudan, she relocated to Yemen with her family before abruptly moving to the USA, finally feeling most at home in Brooklyn, NY where she has been residing since 2004.

She is a self-proclaimed practitioner of East-African Retro-Pop music. Working on various projects, she has toured both nationally and internationally. She is also an activist and contributor to the women’s education and equality movement in Sudan. With her main outfit, Alsarah & the Nubatones, she has released 2 full-length albums titled Silt , followed by Manara (Wonderwheel Recordings, 2014 and 2016). She has also released 1 full-length album with French electronic producer Débruit titled Aljawal (Soundways Recordings, 2013). In between albums Alsarah also works with the Sudanese artist collective Refugee Club Productions on a variety of projects including the critically acclaimed documentary “Beats of the Antonov”. 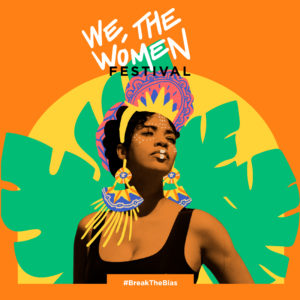 The American NPR and the British BBC identified her as “A promise of Latin music.” She won the Cubadisco Award (Cuban Music Awards) with her two albums “Señales” and “Eme”.

Her third album has been produced by the Brazilian producer Alê Siqueira and has been recorded in Cuba and Brazil. This album will be released in Autumn 2018. She has been part of important projects to promote the cultural diversity of Cuba such as “Para Mestizar”, sponsored by UNESCO. She is the Artistic Director of Havana World Music international festival, supported by the Cuban Ministry of Culture. 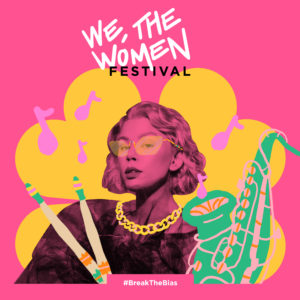 Neon Ion is award winning norwegian artist Natalie Sandtorv`s new solo project. She has established herself as quite a unique, stand out and strong musician and composer within the European music scene.

Her lyrics and vocals stand strong over a rich blanket of synth, alternative saxophone and primal grooves.

She will be releasing a new album in 2020, made together with producer Erlend Mokkelbost, and pianist/producer Ivan Blomqvist. 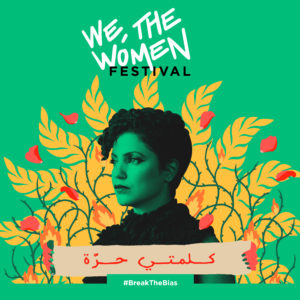 Emel Mathlouthi is a Tunisian singer, composer, and producer. On stage, she goes under the pseudonym, Emel. Her music is a blend of North African rhythms and contemporary electronic production.

As part of the Creation in Africa and the Caribbean initiative, Emel Mathlouthi visited Europe in 2018 with the sponsorship of the Institut français. In 2020, she recorded her album “The Tunis Diaries”. And till today, her most renounced performance is the of the Noble Peace prize center in 2015 where she represented the voice of women all around the world, and the youth f the Arab world in specific. 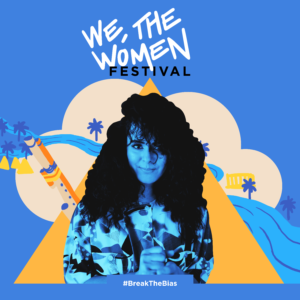 Dina Elwedidi, an Egyptian singer, composer and producer was born and raised in Egypt. Since she burst onto the scene with her powerful voice and inventive but rooted style, Dina El Wedidi has become a well-loved name in Egyptian contemporary music, driven by a curiosity and a propensity to shed her skin and venture down new paths.

Starting in 2012, Dina joined The Nile Project. Her experience collaborating with musicians from 11 East African countries blasted open her musical universe, and since then she has incorporated elements of these cultures, specifically Ethiopian, into her music. She is featured on the first two Nile Project albums, Aswan (2013) and Jinja (2014).

That same year, she was selected by Gilberto Gil and the Rolex Mentor and Protégé Arts Initiative as a protégé. In 2014, Dina released her debut album, Turning Back (Tedawar W’Tergaa), which she labelled as New Arab Folk. 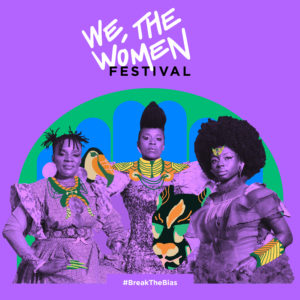 Les Amazones d’Afrique is a creative force that embraces international voices; sweet, strong harmonies that summon the rights of women and girls; and a meltdown of heritage and new gen talent. They were formed in Bamako, Mali, in 2014 by three renowned Malian music stars and social change activists, Mamani Keïta, Oumou Sangaré and Mariam Doumbia. Since then, collective has expanded to involve many female artists from across Africa and the diaspora. 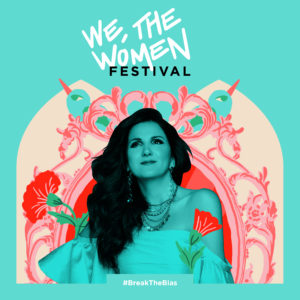 Tania Saleh is a singer/songwriter/visual artist born in Lebanon in 1969. She is considered one of the pioneers of the Arab alternative music scene. Her first single was released in 1997. Since then, she started experimenting with different forms of artistic expression (musically, lyrically and visually). She was also keen on reviving her traditional musical and poetic heritage to make it accessible to the new generations. 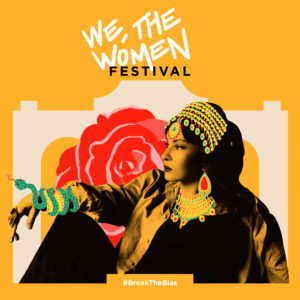 Born in Belgium, Anglo Egyptian Natacha Atlas began her international career in 1990 singing in Arabic and performing Arabic dance (raqs sharqi). Performing in Arabic to global audiences, Atlas rapidly gained prominence as one of the first few Western-based artists whose mission statement was to symbolise Arabic culture. She exploded onto the British & European charts as the front-person of multi-cultural phenomenon Transglobal Underground with their debut album Dream of 100 Nations (1993). Soon after, she released her debut solo album Diaspora (1995) to international critical acclaim. This marked the start of an indefatigable worldwide touring schedule and endless interdisciplinary collaborations with luminaries of their respective fields.

She followed with Halim (1997), named in tribute to legendary Egyptian singer Abdel Halim Hafez. Her third album Gedida (1999) which featured her ground breaking Arabesque re invention of Mon Amie La Rose earned her a French Victoire award. It has since been hailed as a modern classic and is now a landmark reference point for Francophone and Arabic-speaking artists of all generations. Around that time, the French press coined the term cha’abi moderne to describe Natacha’s work and the works of other artists she inspired to follow in her footsteps. Several other electronic-based solo albums ensued which further explored different aspects of traditional and contemporary Arabic music. Atlas always combined this with an extraordinarily wide range of Western pop culture and musical references. 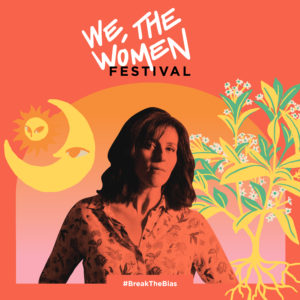 Massi has always loved weaving genres together: bathed in popular Algerian songs (châabi) and the poetry of Aït Menguelet, champion of the Kabyle resistance, the Algiers born singer adds touches of reggae and hints of fado, as in Oumniya (which addresses the pain of betrayal), which opens this album of thirteen songs, most of them sung in Arabic and written by Massi. She has added to this North African folk music an Arab-Andalusian violin (Mokrane Adlani), reinforced the acoustic guitar with a mandole (Mehdi Dalil), and the derbouka (Rabah Kalfa) with Latin drums (Adriano Tenorio).